{ Denise gracefully hosts Six Sentence Stories, where writers unleash their magic under one simple rule: in no more or no less than 6 sentences.
This week’s prompt word is : STROKE
A Tale from the Six Sentence Café & Bistro}

City…Ain’t No Love In The Heart Of…

One, two, three…breath, breath…seven, eight, nine…not worth it man, breath… the voice in my head tries to maintain control; the pulsing frontal branch of the superficial temporal vein says it is as futile a task as putting a lid over a volcano on the bring of eruption.

What the hell was I thinking, talking aloud to a photograph resting inside the Gatekeeper’s booth at the entrance of the Six Sentence Café & Bistro, mistakenly reassured I was alone; that is until a patron to be, on his way to the SSC&B decided to spit out his words of wisdom:
“ People are dying every day and you grieve…a dog?!”

Normally, I would not fall for the trigger trap but there is nothing normal about today…screw self control…pin pulled, safety flies away, incoming…as I turn & pivot my weight, right leg slightly wide and behind the left, I find myself nose to nose with a wave of wanna-be blond hair, brushed backwards; the Sophomore’s confidence evaporates upon looking my expression, along with the air needed to form sounds – still, he unearths a reserve big enough to say: “Nick, you called for me? “

Thought, numero uno: I still have time to push him aside and grab by the collar the object of my fury; evaluation, numero dos: the young dude is either too stupid to stand in front of me , given the state I am in or…too wise; decision, numero tres:
“Young dude, hold my place for a while…I need to go for a walk…yes, use the damn leather chair…yes, I’m sure…a cigar?…@#*&%$ and don’t call, my phone is inside the Café.”

Holy shit, that was too close… nine city blocks later, that vein starts to retreat allowing me to find a spot to sit on the ground at the small park nearby; 20 years have gone by since they killed my dog, 20 years without wanting to substitute what cannot be replaced, 20 years of shoulda, coulda, woulda…

City lights begin to make their appearance, time for me to get back – enough incidents we had lately at the Bistro; I sit up, (the body always remembers), my hand moves like it used to when I gently stroked the side of his head…I freeze; a coat of fur beneath my fingers, a pair of eyes I have never seen before, fixed on mine with the certainty only cosmic debris provide…and close by, a butterfly, having delivered the message flies up in the city night sky.

# A big thank you to Denise, whose Reciprocity unawares, twisted the knife in the open wound.
No sarcasm here, none.
The knife is, has been deep inside for 20 years, ever since someone poisoned my Snoopy.
Usually, I am the one who twists it.
Yet, cosmic forces beyond our comprehension have brought forth the pain & the reminders…as needed.

Thank you Denise, for taking me to the edge of that place…

Snoopy, my brother, I will see you again.

…you ain’t around buddy,
so ain’t no love in the heart of the city…

I'd love to hear from you! Cancel reply

This site uses Akismet to reduce spam. Learn how your comment data is processed. 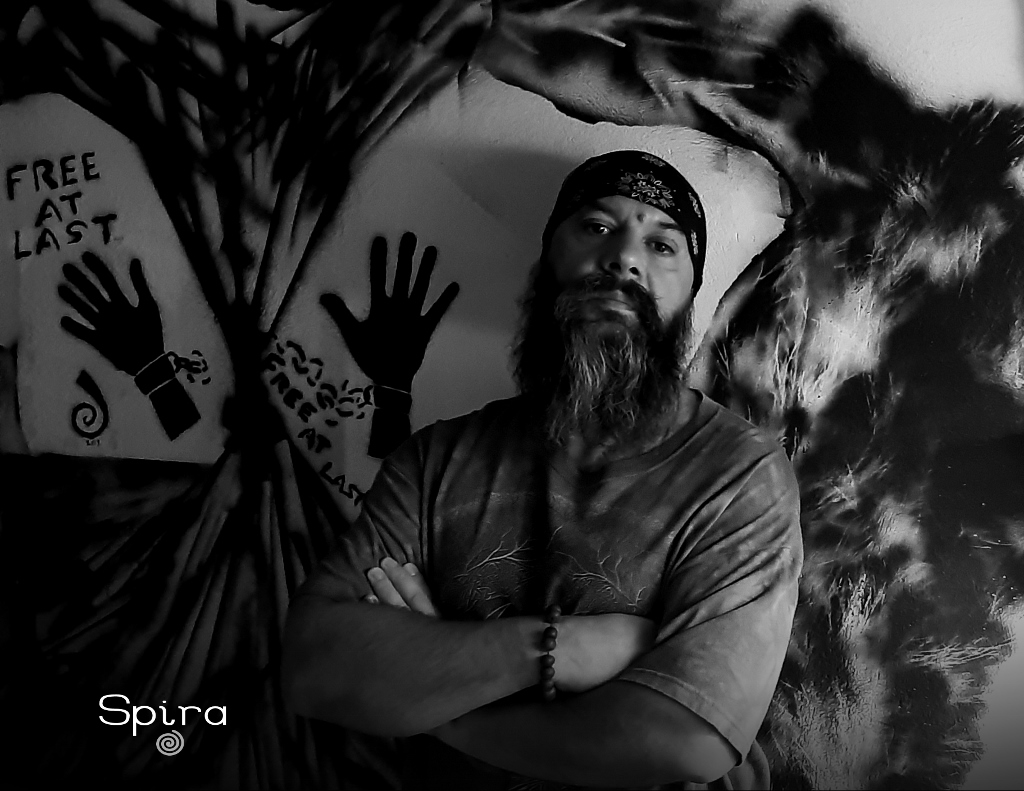 ” The eternal part of our being is conscious of the timeless essence of life & is aware that the past is nothing but a memento of the present and tomorrow a dream of the now. The very thing meditating & singing from within, remains always inside the boundaries of the primordial instant that scattered the stars into the cosmos.” Kh.Gibran